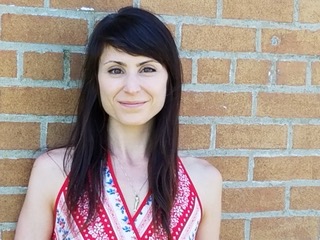 A long-time client, and first employee of Core Restore, Audra began seeing Chris back in 2011. In the midst of an arduous diagnostic process to determine whether she had a muscular disorder, Audra began regular MAT sessions with Chris and has continued to maintain her muscle health at Core Restore since that first day in 2011.

As Chris was continuing to develop and patent his training system, Audra aided in the process by participating in training sessions that would ultimately shape the process associated with CRTS. For sensitive clients like Audra, MAT and CRTS are valuable tools to develop awareness, increase stability in order to build true strength, and move mindfully.

Audra earned her AA at Brookdale Community College, and her BFA in Theatre Performance from Kean University. In addition to her work here at Core Restore, Audra has also been a teaching artist, director, and performer at multiple local theatres and programs (Including Brookdale Community College, the Algonquin Arts Theatre, and Count Basie Theatre) since about 2009. She continues to work as a musician, regularly singing with a local jazz band, as well as writing and performing her original music.

In her role as Office Assistant and Social Media Manager, Audra is responsible for the coordination of all social media efforts. Additionally, she works directly with Chris and Dan to support the smooth operation of Core Restore essential functions. 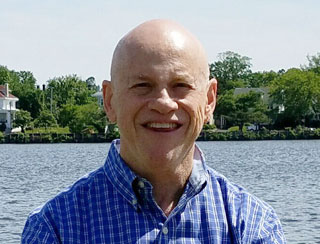 Dan comes to us from New England where he earned his Master’s Degree (M.Ed.) in counseling education from the University of New Hampshire and worked in the addictions treatment field for the past 31 years managing programmatic services, along with grant writing, and quality assurance oversight of agency functions. Dan moved to New Hampshire from his native home in California but had spent most of his adult life in New England.

Dan fell in love with the fitness and wellness world after spending many years at his home gym in New Hampshire (Seacoast Kettlebell) and working with a nutrition specialist (Allison Five-Williams from Turnip the Beet) on clean eating, use of healthy oils, and elimination of grains and gluten.

We were very excited when Dan agreed to make both a career and life change transition in December 2017, when he took on the role of Core Restore Operations Manager in order to help us expand our business.

In his current role, Dan is responsible for daily operational aspects of Core Restore from client scheduling and customer relations, to office management, fiscal oversight, marketing efforts for Core Restore and the Core Restore Training System, and coordination of website development and maintenance upkeep with our New Hampshire based web designer. Dan will also be helping to support outreach, expansion, and partnership efforts with area gyms, and health/wellness companies, and health and fitness professionals.

We’re excited for the opportunity to improve the ability of your muscular system to handle internal and external stresses. Contact us for a consultation and let’s see if Core Restore is the right fit for you.