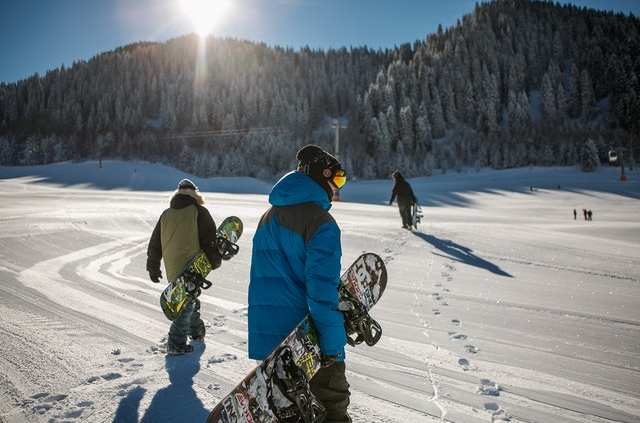 For those of you who are unfamiliar with my Snowboarding experiences here’s a brief update: One year ago I went snowboarding and to say it was a struggle is an understatement. In the first blog of this series, I focused on my body’s recovery and how I almost quit snowboarding due to a torn meniscus. A year later, I finally snowboarded again, this time for multiple days and the result was vastly different. Here’s part 2 of my story.

As I came karining down the mountain I couldn’t help but notice a few things:

1) My balance had greatly improved

If you’ve ever snowboarded before you know the importance of the “heel to toe” transition. Now, this is usually the most difficult part for newbies like me to grasp. However, it’s the key to getting down the mountain smoothly and successfully. On my previous trip, I had quite a bit of trouble, mostly falling my way down the mountain. The second time though, after having worked with Chris on his patented Core Restore Training System (CRTS™) for the previous 6 months, I noticed my balance was much improved. I could transition from heel to toe effortlessly, maintaining my center of gravity and not ending up face-first in the snow!

2) My ability to flip my hips in a pivot motion had greatly improved.

Hip movement is an essential part of snowboarding. Whether it’s rotating, tilting or hiking, all movements play a role in getting down the mountain. For example, when one transitions from heel to toe there is hip rotation involved. When one is on their heels stopping there is flexion of the torso in order to maintain balance and when one is on their toes stopping there is extension happening in order to maintain balance. Throughout the year I had worked with Chris on each of these movements individually as well as together. In real life, and especially while snowboarding, we move multi-planar. This means that we might be rotating our hips, while flexing our torso, while side-bending…etc. Thanks to my work with Chris I was prepared for exactly that.

I was snowboarding with a couple who had much more experience and had been doing it for years. They were experts at snowboarding and they could not believe that this was only my second time on the mountain. I couldn’t believe it either! I snowboarded blue- medium level slopes when previously I was too scared to leave the bunny hill for some green- easy level slopes. At that moment I knew that my work leading up to my second snowboarding trip was what had made the difference.

Want to join the discussion?
Feel free to contribute!